Understanding the Human Exposome’s effect on our health can aid the EU in reaching its Zero Pollution ambition. 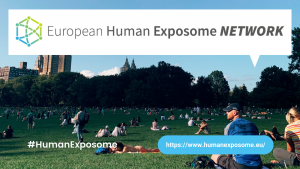 Pollution harms our health and knows no borders. It affects everybody – through the air we breathe, the water we drink, the products we buy and the environment we work and live in. The totality of exposures over a lifetime, from conception to adulthood, is called the Human Exposome.

With the European Green Deal, the European Union has taken a firm stand to protect citizens and the environment against pollution. One of its main actions is the EU Action Plan “Towards a Zero Pollution for Air, Water and Soil”, which aims to create a toxic-free environment across the EU by preventing and reversing pollution from air, water, soil, and consumer products, among others. The European Union envisions a world where, by 2050, pollution is reduced to levels that are no longer harmful to human health and ecosystems by setting targets and commitments to take action.

This is a potential game changer for European citizens and their health. According to the World Health Organization (WHO), 24% of all global deaths are linked to the environment, which is roughly 13.7 million deaths a year. Pollution remains the largest environmental cause of multiple mental and physical diseases and of premature deaths, especially among children, people with certain medical conditions and disabilities, the elderly, as well as those living in poorer socio-economic conditions.

To truly build a European Union with zero pollution, all possible routes of exposure should be taken into consideration, along with all environmental, social and economic factors. Up until now, the health implications of our exposure to different forms of pollution were measured separately. By not looking at the combined cocktail of environmental pollutants we come across daily, a major piece is left out of the equation. To match the complexity of the environment and to make full use of the sweep of biomedical technology that is available today, the Human Exposome has been proposed to encompass the totality of environmental exposures over a lifetime. It provides a fundamental shift in how we study the environment and health.

This is where the European Human Exposome Network (EHEN), the world’s largest network of projects studying the impact of environmental exposure on human health, comes in. Bringing together 126 research groups from 24 countries, EHEN combines 9 large-scale projects funded under Horizon 2020, the EU Framework Programme for Research and Innovation. Together, the network aims to better understand how various environmental factors can impact our health and well-being, starting as early as conception and pregnancy.

EHEN’s objective is to study the combination of pollutants that we are exposed to everyday via our diet, the products we buy, our lifestyle and the environment we work and live in, and their collective effect on our health. Examples of these exposures include diet, air pollution, noise, lack of green spaces, persistent organic pollutants, pesticides, bisphenol A and phthalates, as well as interactions with an individual’s health vulnerability and socio-economic conditions.

Research on the Human Exposome is paramount to understanding the pathways associated with developments of chronic diseases such as obesity, cardiovascular disease, respiratory diseases, immunological disorders, mental health issues and other non-communicable diseases. EHEN research will lead to better prediction of disease risk and an ‘Exposome Toolbox’, enabling the development of solid, cost-effective preventative actions and policies – which will by extension help determine better ways to build a toxic-free environment in Europe.

The European Human Exposome Network can play a key role in aiding the EU’s aim towards a Zero Pollution ambition by providing the knowledge and evidence to build effective action plans and implement policies leading to preventive, protective measures for our citizens, our children and future generations.

Page load link
This website uses first- and third-party cookies to obtain information on your search habits and to improve the quality of our services and your browsing on our website. To consent to our use of cookies, click OK or continue browsing. MORE INFORMATION OK
Go to Top